In the 1st Quarter of the 2016/17 FY, the Committee aimed to assess the Department’s performance in relation to its inputs and outputs. The Committee noted that the Department made significant improvement in attaining all its planned targets, a cause for concern for the Committee is that targets related to the support of Small Medium Micro Enterprises (SMME’s) and Cooperatives were not achieved and furthermore the slow development and refurbishment of the 5 township industrial parks remains a concern.

The allocated amount of R 1 331 638 000 (R1 331.6bn) for the 2016/17 financial year was to further enhance Government’s priorities related to transform, modernize and re-industrialize the Province’s economy. Some challenges were noted by the Committee wherein the Department’s budget expenditure was not in line with the achieved planned outputs. The Committee noted that 3 programmes out of the 5 programmes overspent in the quarter under review by spending an amount of R535 263 000 (R535.2m) from a budget allocation for the quarter of R 388 444 000 (R388.4m).  In this respect the Committee raised further concerns in this report and will also continuously monitor the Department’s performance. Furthermore the Committee is of the view that all targets that have been removed from the Department’s Annual Performance Plan (APP) to the operational plan should find expression in Departmental presentations before the Committee in order to keep track of them. 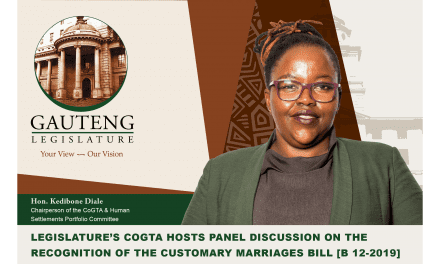