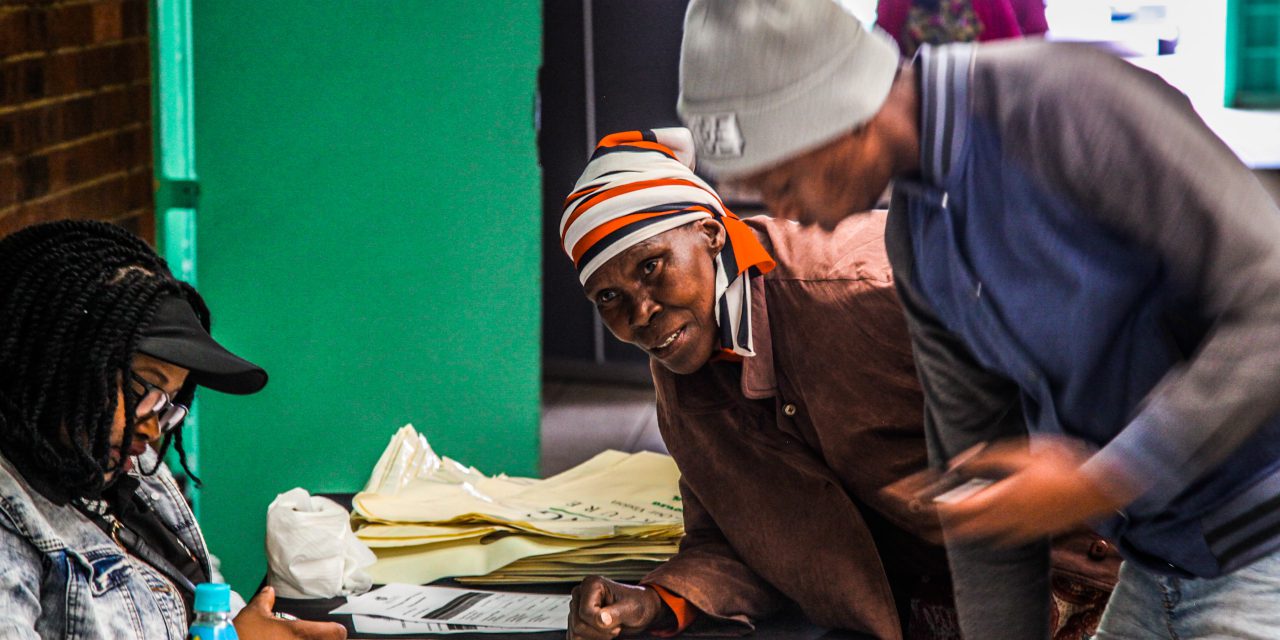 A petition is a written request or complaint made by a member or members of the public to the GPL on policy or service delivery matters that relate to the departments or department entities and the municipalities in the Province of Gauteng. The Petitions Standing Committee (PSC) is responsible for considering all admissible petitions lodged with the Gauteng Provincial Legislature.

Complete a Petition form (PDF) and submit it electronically or print it out to make a hard-copy submission. Petitions are available at Gauteng Provincial Legislature and at any of the Parliamentary Constituency offices (PCO’s) in Gauteng. Petitions can be delivered electronically, by hand, by post or by fax.

Chapter 6 Section 118: Public access to and involvement in provincial legislatures.

An individual submission from a single petitioner, concerning a particular complaint or request.

A submission from an association or single petitioner mandated by an association to submit that petition, concerning a particular complaint or request.

A collection of signatures from a number of petitioners, concerning a particular complaint or request.

Made up of individual or group submissions from a number of petitioners, concerning the same or substantially similar complaints or requests. Also known as a Group Petition.

Matters a Petition may address

Subject to Subsection 6 of the Petitions Act, a Petition may address any matter:

How Petitions are Considered

The Petitions Committee has several courses of action it may take. It can:

Refusal of a Petition

The Committee must refuse to consider a petition if it:

The Committee may refuse to consider a petition that:

The steps that the Legislature follows in trying to resolve the petition:

2. Conduct preliminary investigation where necessary – to verify the contents of the submission.

3. Register and allocate a reference number, if the submission meets the requirements of the Petitions Act.

5. Rapporteur is appointed to an adopted petition.

6.  Feedback letter, on the outcome of tabling (petition is adopted or rejected) is written and sent through registered mail.

7. Referral to the relevant authority (provincial department or municipality) FOR INVESTIGATION AND reporting within twenty (20) working days.

8. If a report on the referred petition is not submitted within twenty (20) working days, a follow up is made and a further ten (10) days extension is given.

9. Upon receipt of a report sent to the petitioner for a written response within seven (7) working days.

10. In the event that the petitioner disputes the contents of the report or a repot is still not submitted after the ten (10) days extension, the C may decide to convene either an internal or external petitions hearing.

11. The last stage involves closure of the petition and archiving for 5 years as per the National Archives Act and Records Services Act of South Africa (no. 43 of 1996).

Complete a Petition form (PDF) and submit it electronically or print it out to make a hard-copy submission. Petitions are available at Gauteng Provincial Legislature and at any of the Parliamentary Constituency offices (PCO’s) in Gauteng. 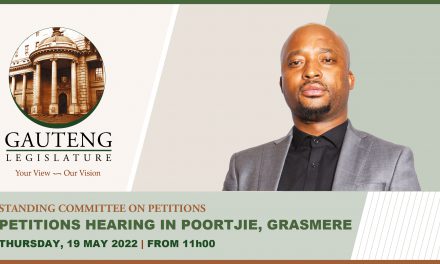 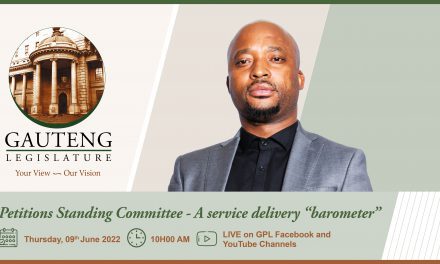