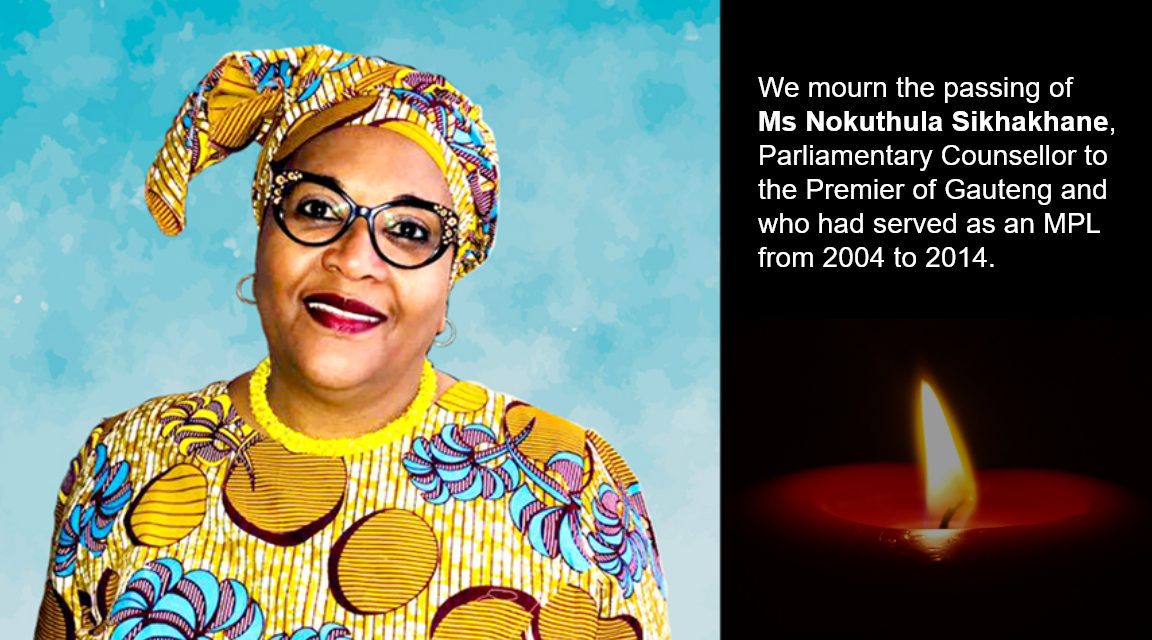 The Gauteng Provincial Legislature (GPL) mourns the loss of Ms Nokuthula Sikhakhane who passed away on Wednesday, 6 January 2021 in hospital after being admitted for a short illness.

Ms Sikhakhane served as a Member of the Provincial Legislature (MPL) from 2004 to 2014. During her tenure as an MPL, deployed by the African National Congress (ANC), Ms Sikhakhane served in many committees which include Social Development, SRAC, Health and Finance. She was later deployed as the ANC Deputy Chief Whip.

It was during the 4th Legislature ( 2009-2014) that she was appointed as the Chairperson of the Portfolio Committee on Agriculture and Rural Development.

After the 2014 General Elections, she was appointed as a Parliamentary Counsellor to Premier David Makhura, a position she held until she met her untimely passing on Wednesday.

As a Parliamentary Counsellor to Premier Makhura stationed at the GPL, she played a forefront role in ensuring that the Office of the Premier was always given the necessary support to fulfill its legislative obligations.

On behalf of the entire GPL community, I would like to extend our deepest and heartfelt condolences to the Sikhakhane family, friends and members of the political party which deployed her to serve as an MPL in the GPL.

We would like to thank her family for allowing her to share her selfless spirit of activism with us and for the outstanding contribution in bettering the lives of the people of Gauteng.

We will forever remember her and cherish her memories as a dedicated and committed political activist and a gallant fighter who participated in the struggle of constructing a Province characterized by democracy, unity, peace and prosperity.

May her soul rest in eternal peace

ISSUED BY THE GPL’S COMMUNICATIONS UNIT ON BEHALF OF SPEAKER OF THE GAUTENG PROVINCIAL LEGISLATURE, HONOURABLE NTOMBI MEKGWE. 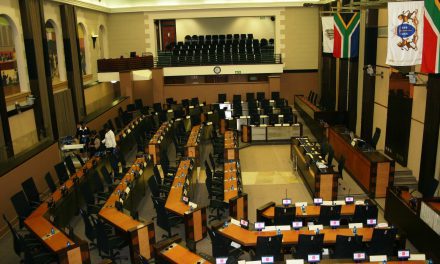