The Speaker of the Gauteng Provincial Legislature (GPL) Honourable Ntombi Mekgwe and the entire GPL community is saddened by the untimely death of the MEC for Social Development Honourable Thuliswa Nkabinde-Khawe.

Hon. Nkabinde-Khawe met her untimely death on Friday, 1 November after being briefly admitted in hospital.

She served as a Member of the Provincial Legislature since 2009 and has served in a number of Committees, including in the role of Chairperson of the Social Development Committee during the 5th Legislature.

Hon. Nkabinde-Khawe was appointed to serve as MEC for Social Development by Premier David Makhura after the May 2019 Elections.

Since the announcement of her passing, the GPL has been inundated with messages from various Members of the Gauteng Provincial Legislature and various Political Parties reflecting the spirit of unity and Ubuntu that GPL embodies as a multiparty institution.

The passing of Hon. Nkabinde-Khawe leaves an indelible mark in the struggle history of the South African society. Her valuable contribution to the liberation of the country distinguishes her as selfless leader who always believed in putting the interest of the country first. Her untimely death has indeed robbed us of an impeccable leader who embodied the values and vision of enabling the poor, the vulnerable and the excluded within our society to secure a better life.

Hon. Nkabinde-Khwawe will always be remembered as a selfless leader who dedicated her entire life towards serving the people of Gauteng and improving their living conditions.

During her tenure as an MPL, she demonstrated a passion for engaging in programmes that were aimed at eradicating poverty, social protecting and social development amongst the poorest of the poor and the most vulnerable in our society.

As the GPL community, we pray together that the Almighty God grant his family peace, comfort and strength during this difficult time of bereavement. Our thoughts and prayers are with the family especially with her husband Mr Jacob Khawe who also served as a Member of the Provincial Legislature. We pray and hope that they can gather the strength and courage need to endure this painful period of their lives whilst acknowledging that we too share their pain and lose.

Following the pronouncement by the Premier of the Province and the subsequent announcement by the Acting Secretary on Monday regarding the departure of MEC Thuliswa Nkabinde-Khawe, arrangements for her send-off have been underway. The funeral has been categorised as a Provincial Official Funeral, with the GPL playing a supportive role.

The Funeral is scheduled to take place on Friday 08 November at 09H00 at the Vereeniging City Hall. 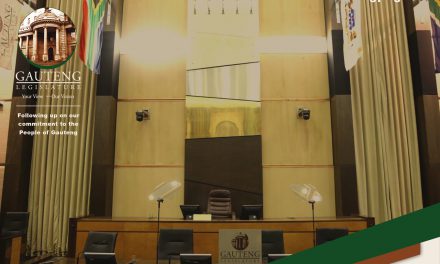 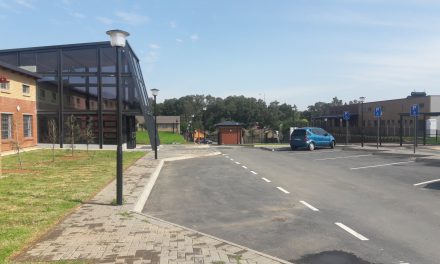