The engagement formed part of the Committee’s attempts to address electricity challenges at both municipal and provincial levels by holding relevant authorities accountable for persisting inefficiencies.

Eskom and City Power cited various challenges, which have led to increasingly high frequency network interruptions, prolonged outages, and general customer dissatisfaction. Another major challenge reported by the entities was an increase in immigrants relocating to Gauteng in search of economic opportunities, translating into an informal settlements’ sprawl, and added pressure on the provincial power grid. Furthermore, high unemployment means that some communities do not pay for electricity use, which often necessitates power cuts in certain areas – the two entities reported.

The entities acknowledged a lack of collaboration with municipalities and Councillors in driving community awareness regarding the power crisis, with emphasis on the public’s efforts to contribute towards eradicating prevalent challenges.

City Power’s Chief Operational Officer shared some innovations currently being explored by the entity, which include power infrastructure technology for theft-proof designs and installations; strengthening and upgrading of networks; outage management; and network performance improvements.

In response, Hon. Diale-Tlabela, emphasised the need to bridge the gap between the two electricity service providers and Gauteng residents through comprehensive awareness efforts and collaboration with all key players.

“Amongst others, the security cluster needs to be brought on board to safeguard public infrastructure and protect communities,” she added.

Other Committee Members highlighted several other issues experienced by different Gauteng communities. One was that of Soweto residents who have experienced power outages for months due to a handful of defaulting customers and households in their areas.

The Committee urged the entities to thoroughly profile consumers ahead of instituting power cuts, to ensure that paying customers are not adversely affected due to the defaulting few in the neighbourhoods. Furthermore, the entities were urged to accelerate response times for all logged calls, as prolonged outages in communities were an open door for criminal activity and attacks on vulnerable community members.

Meanwhile, the Committee recommended several proposals and initiatives to catalyse the resolution of some of the pressing power challenges, emphasizing the “urgent need for speedy implementation to mitigate civil unrest and further loss of income for small businesses”.

The Committee reiterated the two entities’ responsibility to promptly deploy their resources towards resolving challenges.

The Committee will convene a Province-wide stakeholder engagement session in September to formalise collaboration among different stakeholders to resolve the provinces power challenges. Eskom and City Power are expected to present clear action plans with timelines.

Details of the meeting will be communicated to all stakeholders for meaningful participation. 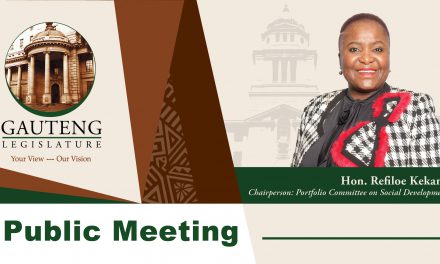 ATC NO. 91 – 2022: FOCUSED INTERVENTION STUDY REPORT ON THE IDENTIFICATION PROCESS OF HOUSING BENEFICIARIES AND THE ALLOCATION OF RDP HOUSES IN GAUTENG 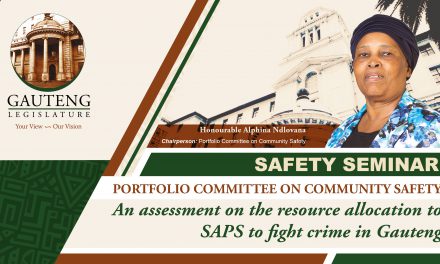