The Gauteng Provincial Legislature’s (GPL) Portfolio Committee on Community Safety has commended the Gauteng’s Community Safety Department for successful convictions made in some reported cases of gender-based violence.

This was detailed in the Committee’s oversight report on the Department’s 2018/19 Annual Report tabled before the Legislature’s Sitting today.

Though the Committee noted significant progress in the convictions of perpetrators of gender-based violence, it further expressed concerns on the continuous increase of crimes committed against women and children. The Committee called on the Department to employ a multifaceted approach to address the underlying causes to help minimise this scourge.

Successful convictions include the following:

The Committee had however noted through an independent verification study that some police stations such as Ratanda, Vaal Marina and Bronkorspruit lacked suitable office space and furniture for their victim friendly rooms. The Committee recommended to the Department to ensure that these stations and all other stations make the necessary provision and suitable space for the Victim Empowerment Centres.

The Committee noted that the efforts of the Department in monitoring police performance in the province. The Department reported that all 142 police station were monitored through announced and unannounced oversight visits. The visits were aimed at monitoring the level of service delivery, resourcing of police stations, customer care, updating station profiles and the impact of population growth on policing. Although the Committee noted the report that improvements were made in some stations to reduce crime, the level of crime remains significantly high. The Committee is also concerned about the under resourcing of police stations particularly with the shortage of vehicles and police officers. It was reported that the under resourcing has negatively affected adequate deployment of resources, taking into account the rapidly growing population in Gauteng.

Furthermore; the Committee considered the Gauteng South African Police Service (SAPS) Annual Performance report for the 2018/19 financial year. The Committee was concerned that only 67 targets were met out of a total of 116 targets, with 47 of the planned targets not being achieved. The Committee requested that the SAPS submit plans intended to improve its performance on all the targets that were not achieved during the period under review. The Committee welcomed the report from the Gauteng Provincial Commissioner that the implementation of operation Okae Molao was to be intensified to achieve significant reduction crime. The Committee is confident that through the reinforcement of operation Okae Molao the anticipated reductions in crime will be achieved.

A detailed report on the Committee’s assessment of the Department of Community Safety’s Annual performance for the 2018/19 Financial Year is available on www.gpg.gov.za or upon request. 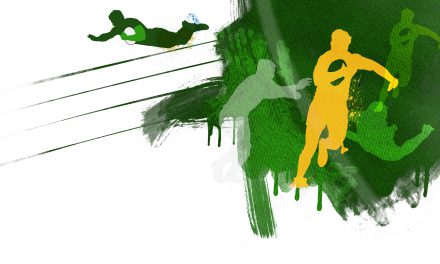