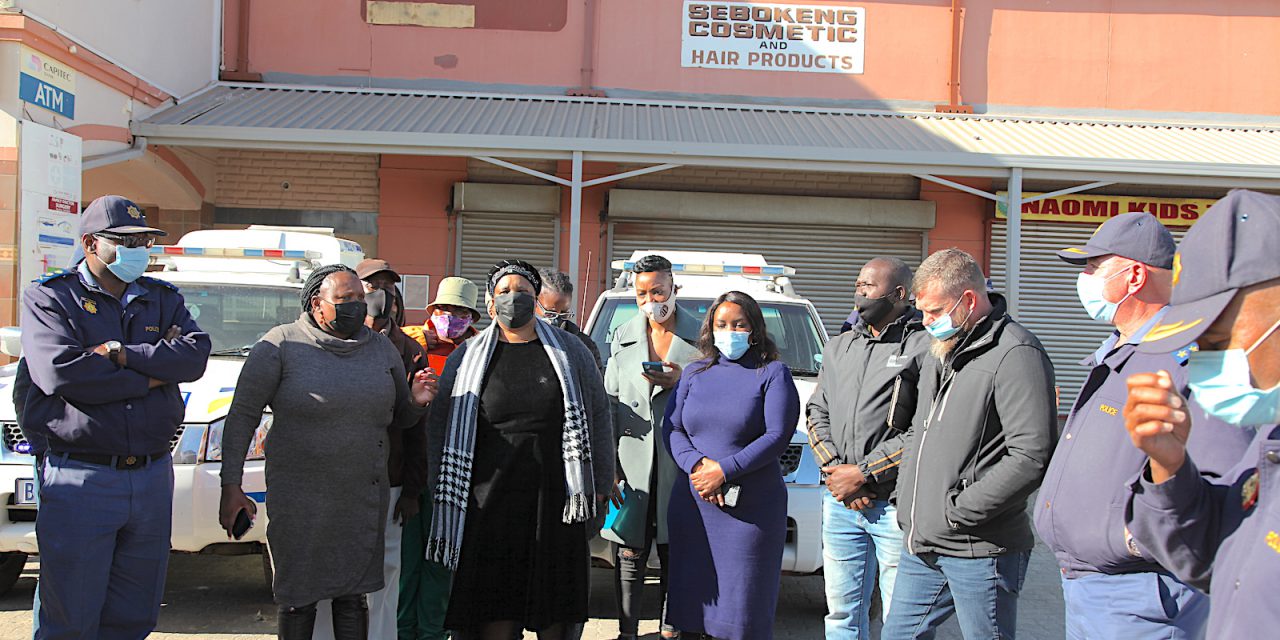 The Gauteng Legislature’s Portfolio Committee on Community calls for public input on the Bill aimed at introducing oversight models for Gauteng SAPS.

The Gauteng Legislature’s Portfolio Committee on Community Safety has called for public inputs into a newly proposed law that aims to develop and introduce oversight models in respect of the police, in compliance with the constitutional mandate of provinces to monitor police conduct, and to oversee the effectiveness and efficiency of provincial police service, and at municipal level.

The Community Safety Oversight Bill proposes methods to monitor the conduct of both the South African Police Service (SAPS) and municipal police services in all Gauteng’s municipalities.

Committee Chairperson, Honourable Alphina Ndlovana, says among the mix of efforts proposed by the Bill, is the formalisation of collaboration between the police service and community policing forums, neighbourhood watch services, and community organisations. Ranking high on the priority list proposed by the Bill, she says, is the establishment of the Gauteng Provincial Police Ombudsman office, whose primary task would be to investigate all public complaints about the police service(s).

She says, “The Bill suggests that the way the Gauteng Executive currently addresses public concerns about police inefficiencies points to a gap in the system, and the need for an independent structure that will bring about the change in holding the police service accountable.” She says the envisaged Bill grants special powers to the proposed Ombudsman’s office, the autonomy to enforce such accountability by first identifying bottlenecks in the relations between the police and Gauteng residents.

She continues, “The proposition is to move away from the current practice of determining policing needs primarily on the basis of crime statistics but taking a holistic approach to determine policing needs based on information obtained in partnership with communities, civil society, other government spheres, business and the like.”

In addition to identifying inefficiencies on the ground, the Bill also addresses aspects such as the reporting to the Member of the Executive Council (MEC) of Community Safety by the SAPS Provincial Commissioner and Executive heads of municipal police services.

It also proposes the establishment of a Provincial Safety Advisory Committee to advise the Member of the Executive Council (MEC) of Community Safety on functions, strategies and policies that aim to increase efficiencies in policing.

She adds that proposals made by the Bill “are well in the spirit of the Constitution, as they reinforce the principles of cooperative governance and intergovernmental relations in general, more specifically between the Civilian Secretariat and the Province”.

The Bill can now be found on Gauteng Provincial Legislature’s official website, www.gpl.gov.za  for review and input by Gauteng residents.

Interested parties and members of the public wishing to comment on the Bill, may send their written comments to:Gauteng Legislature’s Community Safety Committee Coordinator; Ms Thabile Malumane: email: TMalumane@gpl.gov.za or via WhatsApp on 0725609039 before Thursday 2 December 2021.

To view the Bill, please click the link below or navigate to Make Your Voice Heard. 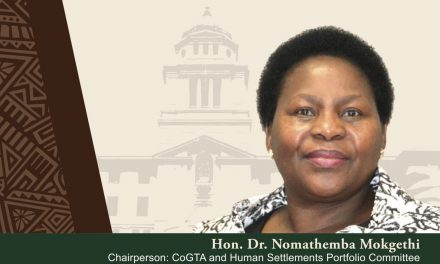 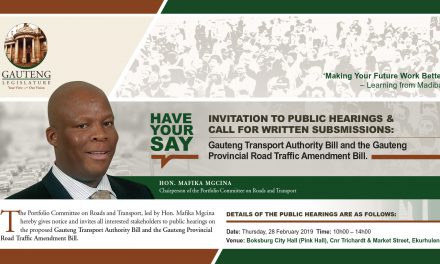 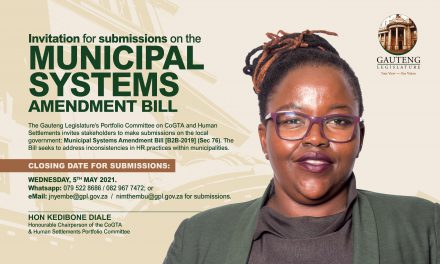