Catch the proceedings of the House Sitting live on YouTube via this link: https://youtu.be/hQWHQokRCMk or on Facebook: https://fb.me/e/2opJfgIvk

Regarding lifestyle audits on Members of the Executive, could the Premier please indicate:

Regarding ‘Operation Dudula Movement’ that has been terrorising and chasing out foreign Nationals in Gauteng townships, could the Premier please indicate:

Noting the Office of the Premier’s role is providing strategic leadership and direction to government and society, and that all departments report to the office, can the Premier indicate:

(i) if the Office of the Premier has a system of monitoring and evaluating departmental performances, if so, is the system able assist departments to adhere to their Annual Performance Plans;

(ii) how does the system improve service delivery to the people of Gauteng; and

(iii) is the office of the Premier able to, through the monitoring and evaluation system identify departments that are performing poorly and intervene and what interventions does the office implement?

QUESTIONS FOR ORAL REPLY TO THE EXECUTIVE (i.t.o Rule 134)

(i.t.o Rule 133(4) [Questions carried over from the previous Question Day]

4.PS001 Hon. A D W Alberts (VF-Plus) to ask the Member of the Executive Council for Community Safety:

On the 02 February 2022, while on an Oversight Visit, the Safety Committee for Gauteng was appalled to hear that the SAPS at Norwood Police Station has lost more than 175 firearms since 2014. 134 exhibit firearms and 41 amnesty firearms.

What the SAPS neglected to state was that this was not the first time and it has happened before. See article IOL https://www.iol.co.za/amp/news/south-africa/gauteng/norwood-saps-station-commander-steps-down-after-158-firearms-stolen-from-evidence-room-dcd64b0a-b0b6-44dc-ae81-a03ba72aa085

In light of the above-mentioned gross negligence and apparently clear corrupt activities at the Norwood Station the question arises:

Can the MEC indicate:

4.HL001 Hon. J B Bloom (DA) to ask the Member of the Executive Council

Regarding the Charlotte Maxeke Johannesburg Hospital, will the MEC please indicate:

for Roads and Transport:

With regards to the “establishment of a single integrated and inter-modal; reliable; safe; and affordable public transport system across the Gauteng City region”, would the MEC please respond to the following questions:

In light of the testimony from the SA Police Service (SAPS) Commissioner in the SA Human Rights Commission hearings, who admitted that police were understaffed and lacked the intelligence to deal with the modus operandi used’ to organise protests, will the MEC respond to the following:

Since the announcement of the 30 hotspots of gender-based violence (GBV) on 22 September 2020 and the commitment to have dedicated GBV desks at police stations, will the MEC respond to the following:

4.HL002 Hon. C Mabala (EFF) to ask the Member of the Executive Council

With regards to all 23 regulations in the Occupational Health and Safety Act (OHSA). Will the MEC respond to the following:

4.HL003 Hon. C Mabala (EFF) to ask the Member of the Executive Council

Considering that scores of doctors working in the public healthcare sector in Gauteng have not been paid their full salaries for January 2022. As the EFF, we are aware that their efforts to keep ailing public health facilities afloat mean little to the department, Will the MEC respond to the following:

4.SD001 Hon. B F Badenhorst (EFF) to ask the Member of the Executive

Mohlakeng 20 Prototype Old Age Home is receiving financial aid from the Department of Social Development. Could the MEC please give us answers on the following questions:

(i) how is it possible that a non-functional old age home is receiving funding from the Department of Social Development;

(ii) how long have the Department of Social Development been funding this old age home;

(iii) how much do they receive per quarter from the Department of Social Development; and

(iv) where are the occupants of this old age home since the opening in 2012?

4.SD002 Hon. B F Badenhorst (EFF) to ask the Member of the Executive

There is a tendency in the Department of Social Development for not obeying Court orders and undermining the professionals in the department. With Regards to the CASE NR: PSH5771-16/17 – ARBITRATION AWARD, Will the MEC please respond to the following questions.

for Roads and Transport:

With regards to fare collection services in Gauteng for public transport, can the MEC please reply to the following:

4.SD003 Hon. R Nt’sekhe (DA) to ask the Member of the Executive Council for

Since the President made an announcement on 25 October 2020 about the ECD stimulus fund, could the MEC please indicate:

4.SD004 Hon. R Nt’sekhe (DA) to ask the Member of the Executive Council for

Whilst SRD R350 is a national competency, could the MEC please indicate:

4.HL004 Hon. J B Bloom (DA) to ask the Member of the Executive Council

Regarding the devolution of powers to hospital Chief Executive Officers (CEOs), will the MEC please indicate: 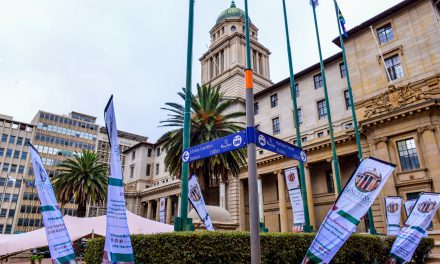 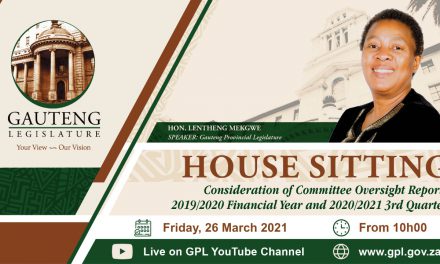 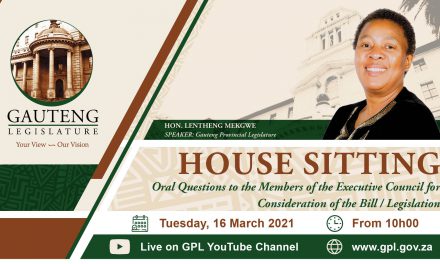