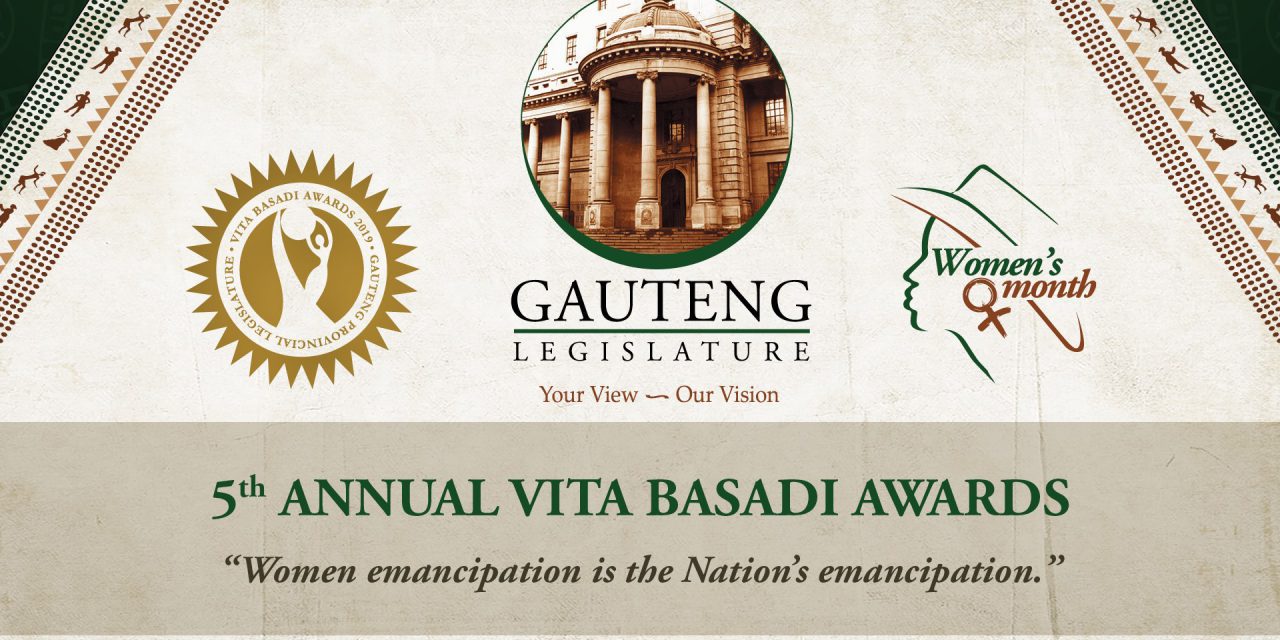 On Thursday, 29 August 2019, the Gauteng Provincial Legislature (GPL) will host the 5th Annual Vita Basadi Awards.  The Vita Basadi Awards is an initiative of the GPL that recognises excellence by Gauteng Women in various areas of work and/or acts of service to fellow citizens.  The Awards honour Gauteng women who make a positive impact in their communities without reward.

This year’s milestone edition of the Vita Basadi Awards will be held as South Africa celebrates 25 years of Constitutional Democracy and the significant progress the country has made in the struggle to emancipate and empower women.

The significance of these Awards has grown over the years, where participation has greatly increased; and each year women who are nominated by Gauteng citizens are honoured for the influential role they play in their respective communities. These are women who make a positive impact in their communities without reward.

Women from the various communities in Gauteng will be awarded in the following categories: Outstanding Youth Philanthropist Award; Community Heroine Award; Community Builder of the Year; Woman of Honour Award; Unsung Legend Award; The Guardian Award; Young Dignitary Award; and Outstanding Creative Award. The Hon. Speaker will also present the Lifetime Achievement Award and Speaker’s Special Award during the ceremony

Details of the Vita Basadi Awards are as follows:

ISSUED BY THE GPL’S COMMUNICATIONS UNIT ON BEHALF OF THE SPEAKER OF THE GAUTENG PROVINCIAL LEGISLATURE, HONOURABLE NTOMBI MEKGWE