SCOPA has concluded the unauthorised expenditure process when the Unauthorised Expenditure Bill was adopted by the Standing Committee. The process started when the Standing Committee heard evidence on the reports of the Auditor-General on the financial statements of the Gauteng Province and culminated with a public hearing aimed at soliciting inputs from Gauteng citizens regarding the Bill. Read the summary or read full document.

Gauteng Provincial Departments incurred unauthorised expenditure amounting to R1,8 billion between 2004 and 2014 in respect of services rendered to the public in the Gauteng Province.

Unauthorised expenditure means expenditure that was in excess of the amount budgeted by a Department or that was not spent in accordance with the purpose for which it was intended.

The Standing Committee believes that the non-approved unauthorised expenditure will impact negatively on service delivery targets resulting from the reduction of the budget of the affected Departments and may delay implementation of the projects intended to improve the quality of lives of the people of Gauteng.

It has recommended to the Leader of Government Business and MEC for e-Government Hon. Barbara Creecy, that the Department of e-Government should monitor the expenditure patterns of the Departments and that there be consequence management on officials found guilty of financial misconduct and related transgressions.

GPL to launch Sub-Forum on Ethics 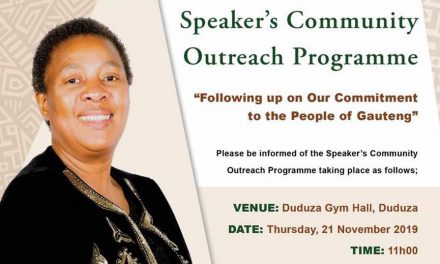