As the campaigner to public participation and a voice for the people of the province, the Gauteng Provincial Legislature (GPL) has also joined the global call; 16 Days of Activism Campaign under the GPL theme, Count me in: Following up on our commitments to ensure a non-violent and a caring Province. As part of the campaign, GPL will be embarking on an initiative to distribute sanitary towels to Faranani Primary School; Tiisetso Primary School; and Ematsheni Primary School on Thursday, 01st December 2016. Read the summary or read the full document.

Touched by the plight of young girls that cannot afford adequate sanitary protection, this initiative is a continuation of the sanitary towel distribution we embarked on in August as part of activities for Women’s Month.

Through the donation of these sanitary towels, GPL will make a positive impact on the education of girl learners from these schools and restore their confidence and dignity.

GPL’s 16 Days of Activism Campaign is aimed at mass mobilization encouraging the people to actively participate in the fight against gender-based violence; and promoting collective responsibility in the fight against violence and oppression of women, elderly and children.

We are also hosting: Women in Business Panel Discussion (30th November); Sector Parliament for People with Disabilities (7th December); and Lunch with the elderly (8th December 2016). 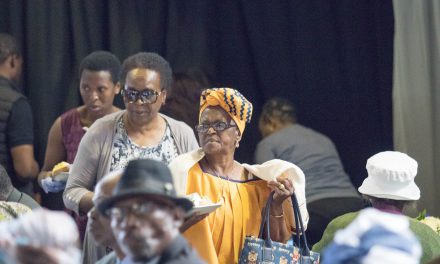